|  Write a Review
OverviewReviewsTell a Friend
Evolution - The 2010 World Champion St. Laurence O'Toole Pipe Band presents their live concert "Evolution." The DVD features 16 track performed live in Glasgow prior to the band's first World Championship win. Inside Cover: What a week for P/M Terry Tully and his St.Laurence O'Toole Pipe Band. Starting with winning the prestigious quartet competition on Tuesday August 10th, this was followed by the sellout concert at the Glasgow Royal Concert Hall,which has been acclaimed as the finest concert that there has been since the series began 15 years ago. Then came the "icing on the cake" on Saturday 14th August when the band "swept the boards" in the Grade One World Pipe Band Championship,winning the MSR and Medley sections,a feat rarely accomplished before. A magnificent achievement and a fitting award to Terry and his band in this their centenary year.
Currently there are no reviews for this product. Share your opinion with others, be the first to write a review. 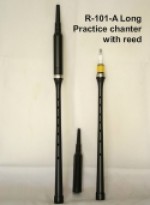